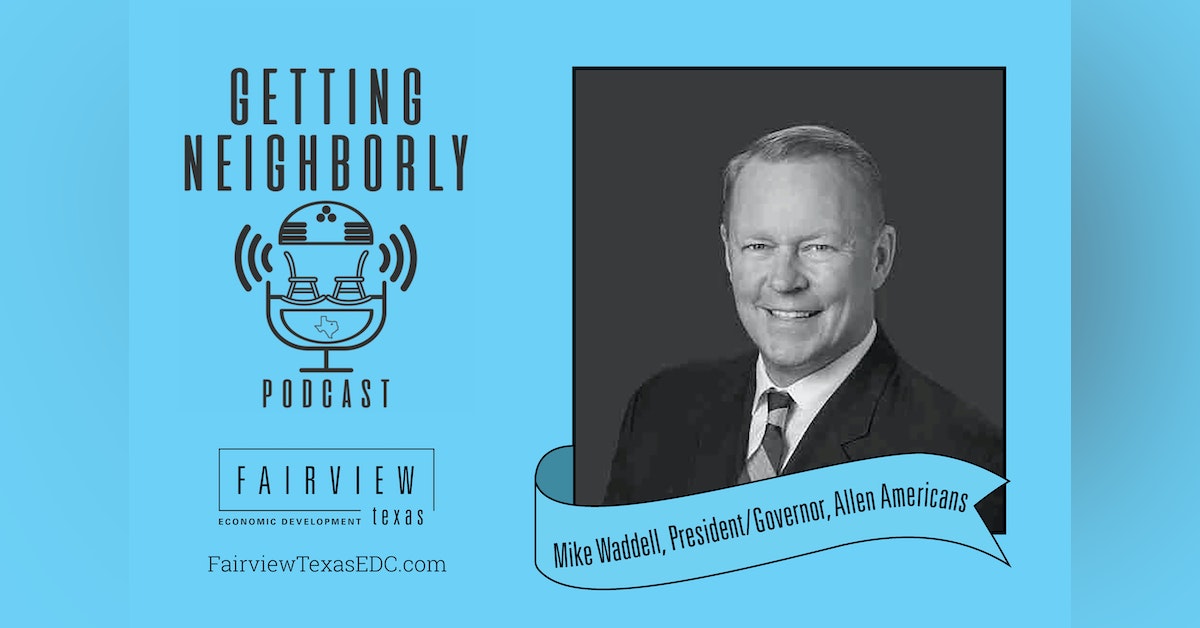 Meet a new Fairview neighbor, Mike Waddell, President & Governor of the Allen Americans Professional Hockey Club. A 30-plus year veteran of the sports world, Waddell took the helm of business operations with the Allen Americans team in 2020 after...

Meet a new Fairview neighbor, Mike Waddell, President & Governor of the Allen Americans Professional Hockey Club. A 30-plus year veteran of the sports world, Waddell took the helm of business operations with the Allen Americans team in 2020 after most recently serving as president of World Team Tennis’ Orlando Storm. Just prior to that, he served as team president for the Orlando Apollos in the Alliance of American Football for the 2019 season and also has built his extensive experience in college sports and NASCAR.

Waddell said when he received the call from Allen Americans Owner Jack Gulati to consider a move to North Texas, there was no doubt he wanted to seize the opportunity.

“I said ‘I’ve gotta do this!’ This is a great place, and living over in Fairview, it’s a great place to live,” Waddell said. “I’ve lived in a lot of suburbs, bedroom communities …  you just want to be close to everything, but you also want to be able to feel like you’ve gotten away. This is the best area I have been for that, and my wife talks about it all the time. We actually know our neighbors here.”

Waddell and his wife, Heidi, have two adult daughters, and are experiencing first hand the community pride and quality of life that can be a game changer in helping  the Allen Americans recruit, he said.

“Part of being able to recruit, whether you’re in college sports or minor league professional hockey like we are with the Allen Americans, is you’ve got to have a great place to recruit to. We play in a nice arena but we live in a great area. These guys, they could be in Wheeling, West Virginia, or Kalamazoo, Michigan, or Orlando, Florida, or Rapid City, South Dakota. I mean, there are 26 teams in the ECHL that are in 20 states and two foreign provinces in Canada. … When you can come back to a super area like this, you can recruit solid talent. People want to come here and work,” Waddell said, citing our “four seasons” lifestyle and options for dining, cultural experiences, family fun activities and access to nature.

In this episode, Waddell shares more of his love for Fairview and the greater area, including future goals for the organization to more deeply engage in the community through its foundation and how the organization is eager to custom tailor experiences for fans.

“People are looking for things to do right now. Maybe it’s for their family. Maybe it’s just for them and their significant other. Maybe they want to come out with a big group from work. We can create that type of experience for you and make you have a really awesome experience whenever you come to the Allen Americans and the Allen Event Center,” Waddell said. “When you’re a member of our community, we’re a year-round lifestyle brand. I don’t want to be [just] a hockey team.”

Give a listen to hear more from Mike Waddell, and learn more about the Allen Americans Professional Hockey Club at allenamericans.com.