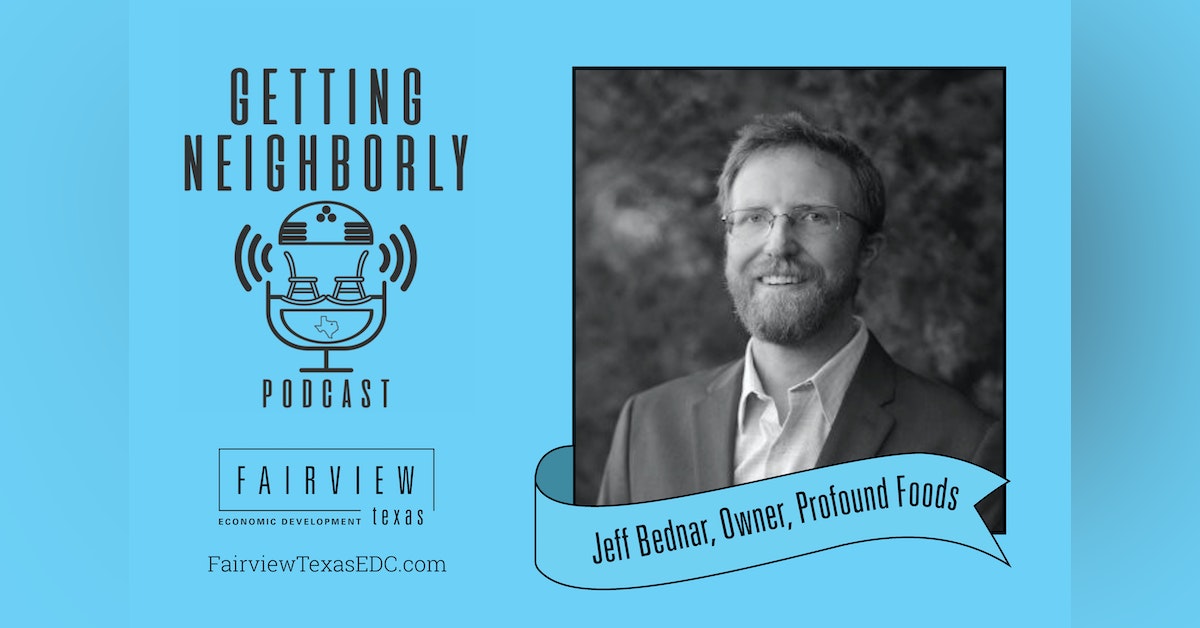 In 2014 Jeff Bednar and his wife, Lee, were looking to make a career decision that would have a profound impact on their family, so they started Profound Microfarms on 2.6 acres just three miles away in Lucas, Texas. The farm property has 17,000...

In 2014 Jeff Bednar and his wife, Lee, were looking to make a career decision that would have a profound impact on their family, so they started Profound Microfarms on 2.6 acres just three miles away in Lucas, Texas. The farm property has 17,000 square feet of controlled environment greenhouse space growing leafy greens, culinary herbs, edible flowers and microgreens. Since then, they’ve also started two more businesses — Profound Foods & Profound Kitchen, and what began as a venture to normalize their working hours as their young children grew has not only had the impact they initially intended but has become even more profound than they imagined.

Thanks to sticking with their initial mission of “farmers helping farmers” as the world encountered the Covid-19 crisis, they have managed to adjust their business model to grow and evolve the latter two businesses over the past two years. Locating two of the businesses in Fairview has had a critical role in that success, and their entire story is a lesson in drawing upon simple, solid values and choosing to innovate in the face of adversity.

The Bednars started the second business, Profound Foods, about 18 months ago, distributing to restaurants all the products from their farm along with those of a small network of fellow farmers in the area who specialize in beef, chicken, eggs and soil vegetables. That idea came from Jeff volunteering to run a friend’s chicken order to a Dallas restaurant where he already had a scheduled delivery. The chef pointed out how convenient that was for everyone involved, and a lightbulb went off. By the time Covid occurred, they were collectively selling to 25 restaurants, and thanks to a USDA grant, that number grew to more than 130. When restaurants had to close, they pivoted to a retail model within a week, reinventing their packaging and workflow to safely deliver their goods to households.

As word grew, so did their producer network, which diversified their product variety with many goods that wouldn’t fly at the wholesale level. They more than doubled their producer network and were also able to donate surplus wholesale goods to the community as they shifted the business model. Then they launched yet another business concept, Profound Kitchen, which grew from producers bringing them end-of-season goods that shouldn’t go to waste. For example, when life gave them cases and cases of peaches, they figured out how to turn them into jam, peach barbecue sauce, and dehydrated peach chips. Between the three businesses combined, they’ve also been able to provide jobs and entrepreneurial opportunities to chefs who were suddenly unemployed because of restaurant closures. For example, celebrated Dallas Chef Nick Walker came on board and has launched 60 products over the past seven months.

Profound Foods and Profound Kitchen are now located in a former restaurant space in Fairview Town Center, where they enjoy convenient access to I-75 and manage food storage and distribution from the back of house and offer food-focused private events and classes in front. Learn more about the businesses and the Bednar family in this episode, and be sure to check out profoundfoods.com for details about products, services and events.