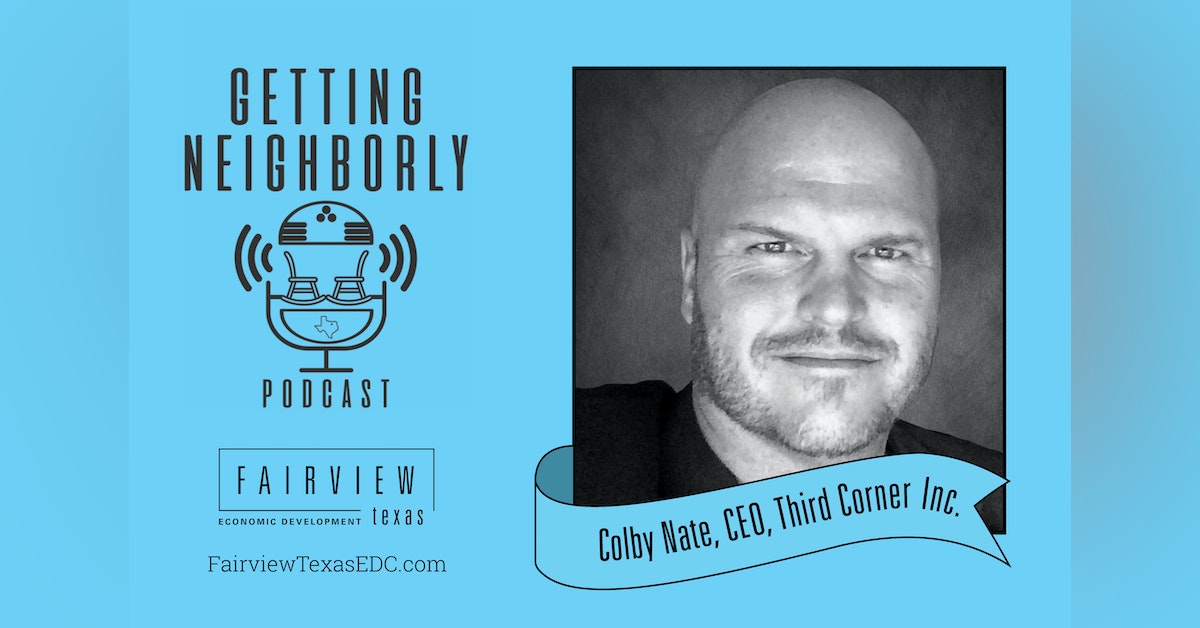 Colby Nate grew up in nearby Plano and began his career pursuing photography, which led him to photo and video work in the digital space as it began to take off. From there, he learned web development, eventually aligned with two like-minded...

Colby Nate grew up in nearby Plano and began his career pursuing photography, which led him to photo and video work in the digital space as it began to take off. From there, he learned web development, eventually aligned with two like-minded entrepreneurs who had complementary digital skill sets, and launched Third Corner. The company began with a primary suite of custom software products designed to help oil and gas companies integrate disparate data systems of operational information into a single, shareable source allowing business leaders better visibility to increase process efficiencies.  They also have created EDOiQ, a product designed for managing and reporting useful data to provide visibility to key stakeholders in economic development projects.

Nate says taking the information they’ve learned from these products and looking for opportunities to apply their development capabilities toward addressing similar principles in other industries has been a priority during the Covid challenges over the past year. One of those areas is focusing more on the financial reporting aspect of their software, coincidentally something they had already begun prior to Covid. Now, Nate says, businesses that used the tools to increase efficiency during the past year can continue to capitalize on that to further grow their businesses.

A Fairview resident now, Nate initially chose this area for its affordability and family-friendly quality of life while raising his three children, who now are young adults. He’s chosen to stay for its “country/city vibe,” plus daily inspiration that comes from successful neighbors here, he says.

“I just see so many successful people in this area. I just want to talk to them and see, “Hey, how’d you get where you got and tell your story?’” Nate says. “[I appreciate] listening to the diversity of experience from people and then seeing if there are things as a software developer that I can bring to solve their problems and vice versa.”

Give a listen as Nate shares about his experience living in Fairview and learn more about Third Corner and its products at Thirdcorner.com